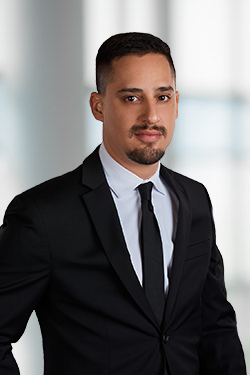 Attorney Joaquin Quero is a young, dedicated professional committed to providing quality legal services to individuals and families. He attended the University of Puerto Rico where he obtained a bachelor’s degree in business administration with a major in finance in 2010.

While he studied his bachelor’s degree he worked at a shelter for homeless people. His time working there affirmed his interest in helping people less fortunate than him. Later, when he attended law school, he became interested in immigration law after joining the International Law Student Association which helped him develop an appreciation for cultural diversity in the legal community.

His commitment with justice, his personal interest in helping immigrants and his excellent legal research skills are characteristics that distinguish him.

As a lawyer he is committed to using his knowledge and skills to help immigrants and nonimmigrants achieve their goals of a better life here in the United States.