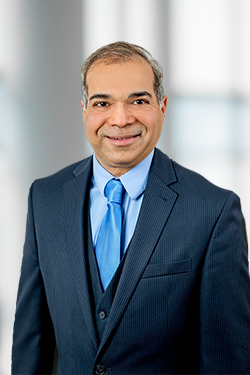 Mr. Devesh R. Taskar is an attorney from the United States and a medical doctor from India. After receiving his law degree from The University of Tulsa College of Law in 2011, he furthered his career by acquiring a LLM in Trial Advocacy from Temple University in Philadelphia. He has been practicing law for the more than a decade. His education and experiences enable him to practice with a skill and sophistication necessary in the courtroom, while providing personal service to his clients at the office.

Throughout his career he has devoted hundreds of hours to the representation of immigrant community who could not afford legal representation, working with organizations such as Catholic Legal Charities. Mr. Taskar has also assisted immigrants acquire proper legal status and citizenship through the expertise of his knowledge, good judgment, creative problem-solving abilities, and excellent communication skills.

He is a fearless advocate for immigrant rights in the courtroom and a compassionate defender of the civil and human rights of both immigrants and nonimmigrants to the United States. Being an immigrant who has lived the American dream Mr. Taskar shares a special bond with immigrants and works tirelessly so that all his clients can fulfill their own American dreams and lead a better life for themselves and their families in America.