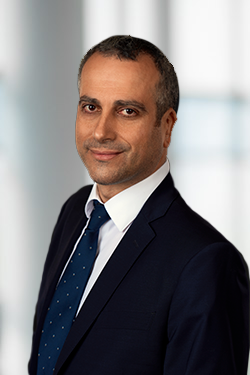 Attorney David Moreno is part of Gonzalez Olivieri’s Litigation Department. He was born in Madrid, Spain.He graduated from Universidad Complutense de Madrid, where he was awarded with a master’s degree in Law (Licenciatura en Derecho). He earned an LLM in International Law from the University of Houston. David Moreno also studied English Law and Legal Methods at the University of Cambridge in the UK. He was a tax advisor for Agencia Tributaria in Spain, until he was hired by the Houston Independent School District to teach Bilingual Education through an interexchange program.

Many of his students were immigrant. He witnessed the kind of trauma children suffer whenever families go through deportation proceedings. He has been previously admitted by the Colegio de Abogados de Madrid, in Spain, and The Solicitors Regulation Authority of England and Wales, where he is currently a non-practicing lawyer. David Moreno is a Texas and New York State licensed attorney. He has been a volunteer attorney for BakerRipley, helping clients with Immigration Law. David Moreno understands that being an immigrant can be very stressful. This is the reason why he joined the litigation team of Gonzalez Olivieri LLC.